His Captive Mortal by Renee Rose

I'm so excited to have Renee Rose visiting me today with her new release His Captive Mortal.

Blurb: When a young special education teacher unwittingly attracts the attention of a strange man on her late night walk home, she winds up with a supernatural guest she can’t evict. For some reason, Charlie, the dominant immortal believes she is of fairy descent and has magical powers. He demands her complete submission and cooperation, refusing to free her until she promises to help him.

Charlie sees the power in Sasha and believes she has the ability to undo the curse placed on him by a jealous lover one hundred years before. He also loves toying with the feisty mortal, doling out humiliating punishments while arousing a lust in her that leaves them both hungry for satisfaction.

His habit of emotional detachment crumbles as he falls for Sasha, yet when he discovers she carries a secret that relates to his past, the betrayal nearly destroys him. He must decide whether he can ever trust a woman, or give into instinct and walk away from what might be his only chance at love and redemption.

**This book was previously released as Loose Morals by Darling Adams. It has been edited for re-release** 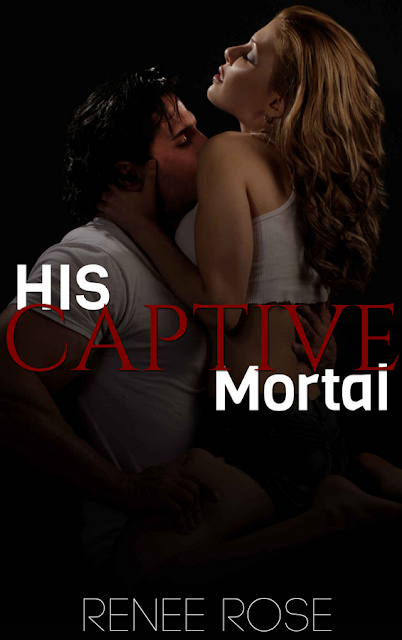 Excerpt: He pushed himself up to sit, resting his back against the headboard. “I think you have five seconds to lay yourself across my lap.”
Butterflies took flight in her belly. “What did I do?”
He gave one sharp shake of his head. “I don’t need an excuse to spank. If I decide you need a spanking, you get a spanking. Now lie over my lap.”
She wanted to argue. His logic didn’t make sense, after all, but she wanted to see where this would go. Maybe it was a result of the dream, in which he’d whipped her for no reason and she’d seemed to love it. She knelt beside him and draped herself across his lap, liquid already beginning to seep from her pussy.
He ran a cool hand across her cheeks in a caress that somehow made her feel beautiful. As if in affirmation of her impression, he remarked, “A perfect ass.” And with that declaration, he began to spank hard and fast, like he had that first night when she’d tried to stab him with a wooden stake.
She wriggled. “Ow...ooh.” She wanted to be turned on by it—like she’d been in her dream—except it hurt too much for her to feel anything but pain. “Ow. Hey!”
“Quiet, little mortal.”
She struggled to keep her sound effects to herself, though why she tried so hard to please and obey him confused her. At what point had she given in? But she couldn’t think when he was slapping her at a rhythm faster than “Uptown Funk”. She gripped the bedspread and kicked her legs, clamping down on her back teeth to keep from crying out. Pain overtook all her senses and she had just started to become angry when he stopped, as abruptly as he’d started.
Before she could draw another breath, he had pulled her onto her back beside him and covered her body with his own, kissing her with a passion that made her stomach drop. Everything he’d stirred up with the spanking—embarrassment, anger, lust, tears—came pouring out in her response to his kiss. She met his desire with her own, yanking his head down, arching her pelvis against his, writhing beneath him. She wanted him to take her in every sense of the word, but he broke away, pulling back with a wicked smile. “Lusty wench, aren’t you?”
“Wench?” she demanded, wrapping a fist in his shirt and attempting to pull him back down. “Which century do you think you’re in?”

She sensed his anger, but she pushed back the undercurrent of fear it inspired. He wrapped her hair in his fist and pulled her head back, his fangs lengthening as he looked at her vein. As if in slow motion, he lowered his head to her neck, trailing a sharp fang along her vein. Her breath came in quick pants, her heart racing.
She realized she didn’t know this man—this vampire—at all. Would he drain her now to get even with Anka? Maybe he hadn’t turned her over to the other vampires because he wanted to destroy her himself.
He lifted her head and released her all in one swift motion. “Take off your clothes.”
Her eyes flew to his, her heart leaping. Had he forgiven her? Or was this an evil torture? She nibbled her lip. The way she saw it, she had no choice but to comply. She had just begged to be his. She had to prove her faithfulness, her trust. She shucked her clothing, dropping the articles at her feet one by one.
“Kneel.”
Her belly somersaulted. A game. Surely, this was his game. She lowered to her knees, praying he was not just humiliating her before he vanished once more.
“Hands behind your back.”
She grasped her own wrists behind her back and lowered her head submissively.
Charlie crouched beside her, stroking her hair back from her eyes. She saw emotion this time, but before she identified it, he lunged, tackling her and throwing her to her back, his hand cupping the back of her head to protect it from the floor. His fangs struck her neck and he drank, pushing the bulge of his clothed cock between her legs.
Panic flared, but as he continued to rock his pelvis against her sex, she exhaled and wrapped her legs around his waist. This was sexual, not angry….right? He wouldn’t drain her. Or turn her....she hoped. Once more, she felt her only choice was to give herself over, to prove she belonged to him. She twined her arms around his neck and closed her eyes, allowing the motion of his cock beneath his jeans to drive her passion.
The scrape of his jeans over her vulnerable bits came as a sort of pleasured pain—the more it dug into her, the more she wanted to feel it. She followed the sensations until she came from the friction against her clit, a small release, but satisfying just the same.
Charlie licked her wounds closed. “Did I say you could come?” he asked darkly.