Sophia and the Duke - Hot New Release by Jaye Peaches!

Welcome to my blog Jaye!

Hi Kelly, thank you for inviting me to visit your blog and sharing Sophia and the Duke, my latest spanking romance tale set during Regency times. I based part of this book in the New Forest on the south coast of England. New isn’t quite correct, it’s actually an ancient forest and a suitable location for a little outdoor birching.  Sophia has married the Duke of Brockenhurst, who is quite at home outside living amongst nature having made a living as a fur trapper. Sophia is not. So, when he finds out she’s picked poison berries, which he told her not to do, she’s found herself bent over a fallen tree.

Excerpt: “I’m going to spank you with my hand until you’re ready.”
Ready for what? What did he mean? She opened her mouth to speak, but all that came out was a sudden cry when he smacked her bottom.
She wanted to leap up and march away. In that instance, as he started to spank her, she couldn’t understand what kept her in place. A duchess, one of the highest ranked individuals of the land, bent over a tree, naked and spanked by a man who only a year ago lived with the beasts.
“No,” she wailed as his hand continued to rain down.
His slaps came quickly, but not hard, as if they bounced off her rotund cheeks. She jolted, paddling her legs and pulling at the blades of grass with her fingers. Her bottom flared into a pool of heat, while between her sore cheeks, the breeze continued to tickle.
Nathanial ceased and leant over her. “Good girl. But I don’t think you will truly learn how to be responsible unless I thrash you.”
“Thrash me!” She aimed her cry over her shoulder at him.
“Yes. You do not lie to me, Sophia. If you’re afraid, you tell me; if you don’t understand, you speak of your concerns.” He drew her up onto her wobbly legs and placed his hands on her shoulders. “Tell me now, what are you feeling—afraid?”
No. She didn’t fear him. She knew she trusted him, and that she had to prove he could trust her. “I feel anxious that I won’t be able to take my punishment and that you think less of me for lying.” She blinked back the tears.
“Punishments are not meant to be easy to endure, but they shouldn’t be terrible. Have you witnessed a switching before now?”
She snatched a breath of alarm. A birch! Truth was, she had. 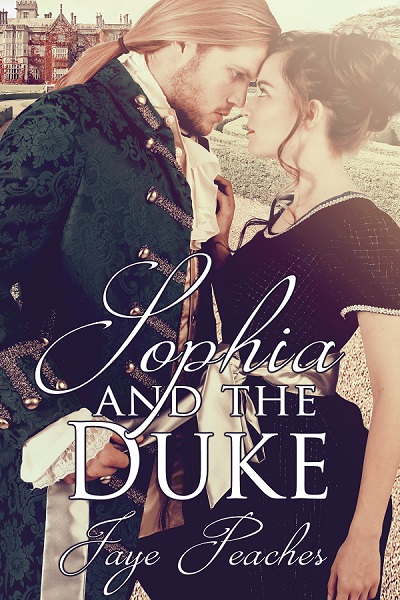 Blurb: After the passing of her husband, the elderly Duke of Brockenhurst, twenty-two-year-old Sophia chafes at her family’s expectations during her lengthy mourning period. When she is free to re-emerge in society at last, at her grandmother’s insistence she entertains the courtship of Nathaniel Hartwell, a distant cousin of the old duke and the man next in line for the title.

To her shock, Sophia learns that Nathaniel has spent the last eight years living as a trapper and fur trader in the mountains of Canada, isolating himself from the world after the tragic death of the woman he loved. Though he is a rough, uncivilised man, his devilishly handsome looks and commanding presence excite her in a way nothing ever has before.

Sophia sets out to transform the new duke into someone suitable for polite society, but when her comments become disrespectful and mocking Nathaniel takes issue with her behaviour. Almost before she knows it, she is over his lap and her aristocratic bottom has been bared for a sound spanking.

Knowing that it is the right choice for all concerned, Nathaniel asks her to be his wife, but despite the fact that their marriage begins as one of convenience he is determined to show Sophia the intense pleasure a strong man’s dominant lovemaking can bring her. Though her spoiled attitude occasionally earns her a bright red, well-spanked bottom, as the weeks pass her desire for him grows ever stronger. But can love truly bridge the gulf between people from such different worlds?

When not writing, Jaye is busy spending time with her family, enjoying music, sometimes composing or drawing and if the weather allows, gardening.