Saturday Spankings - The Code of the West

Welcome to my blog for this week's #SatSpanks blog hop!

My 8 sentences this week continue on from the snippet I shared last week.

She was surprised by how much it stung. She knew Mr Jordan was still recovering from his injuries, she knew he couldn’t put much strength into spanking her. Yet on cold, wet, bare skin, his hard hand felt like a branding iron.
He spanked her hard and fast on alternate cheeks, spreading them out to cover her entire bottom and the tops of her thighs. With each smack, Jed yelped and wriggled, kicking her feet, trying to escape the stinging smacks that just kept landing. Mr Jordan kept up the assault on her backside, spanking her in a steady rhythm, until Jed was limp over his lap, sobbing hard.

Her bottom was one big mass of pain; she wasn’t even aware when Mr Jordan stopped spanking and instead just rested his hand lightly on her burning bottom. She lay over his lap, sobbing wretchedly. 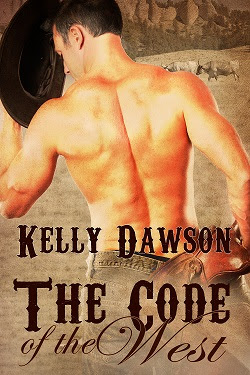 Don't forget to check out the other participants in this week's #SatSpanks blog hop below:

Email ThisBlogThis!Share to TwitterShare to FacebookShare to Pinterest
Labels: cowboy, The Code of the West, trail drive, western