Lessons in Love by Kathryn Blake

She needed a job, he needed a personal assistant. It seemed like a match made in heaven until he laid out the rules he expected her to follow.


Pam Weston didn't have many choices as far as employment went. Her prison sentence saw to that. With limited secretarial skills, and an even more limited budget, she never considered herself executive material. So, when she was ordered to report to the CEO of her company as his new personal assistant, she fully expected to be checking out the "Help Wanted" section of the paper before the day was over.


Robert Peterson knew his management style was not HR approved, but he believed in using the stick as well as the carrot. Employing the tenets of domestic discipline, he helped mold his personal assistants into confident women who recognized their own self-worth. Even so, his unorthodox methods were only one of the reasons many considered the position of his assistant to be a revolving door. To Rob's mind, Pamela Weston was perfect for his purposes, though given her past, he expected convincing her to agree to his program would be a challenge. 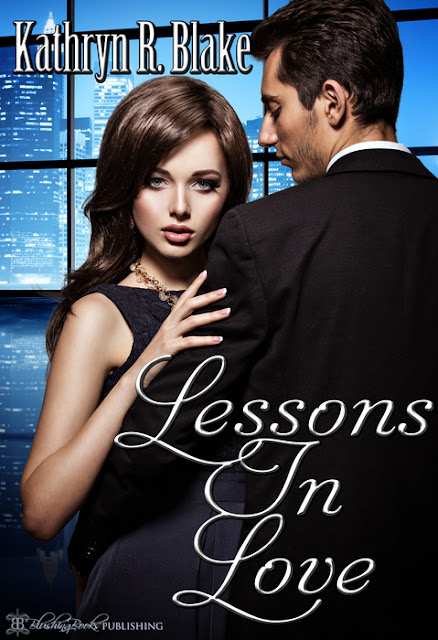 Rob is setting the rules as he gives Pam a bath.

Though she longed to cover herself, Pam remained still, naked and vulnerable before him as he bent and swiftly lifted her into his arms. She let out a gasp of surprise, which he completely ignored. Two steps later, he slowly lowered her into the steaming water, which turned her skin pink but wasn't hot enough to be painful. Just the way she liked it.
"Temperature okay?"
Pam returned his smile. "Perfect. How did you know?"
Lathering up a washcloth, he shrugged. "I set it at the heat level I prefer. Baths need to be steamy, or I don't feel clean, unless I'm already too warm. Then I want a shower. Rest your hands on the side of the tub while I see about getting you squeaky clean."
He started with her shoulders and chest, but, when he lowered his hands to her upper arms, she tried to pull away.
"No. We have rules tonight. What were your instructions?"
"I'm not to speak or move without your permission."
"Correct. Did I give you permission to withdraw your arm?"
"No, sir."
"Disobedience requires a consequence."
Pam met his gaze. He wasn't smiling but he didn't appear angry either. Rather than question or argue, she waited for his verdict.
"Draw your knees up and part your legs for me," he ordered. His voice, husky and smooth like expensive whiskey, went straight to her groin. Though the bathtub was long enough for two people, it wasn't unusually wide. However, when she drew her knees up, she was able to spread them without difficulty.
He promptly reached between her thighs and stroked. "You are not to move. Understand? Disobey me again, and you'll get a smack instead."
Pam clutched the sides of the tub as his wicked fingers began their erotic torture. Letting out a soft moan, she struggled to keep her eyes open and her body still. When the sensations grew too strong, she whimpered with her need to come.
Bending his head, he positioned his mouth a fraction away from hers but didn't kiss her. "Good girl," he murmured.
"Rob…."
"You may come," he decreed before his lips swept down to claim her. Pam cried out as she wrapped her arms about his neck and climaxed.
Her breathing ragged, she gripped his broad shoulders, afraid to see his face. His disappointment. Except the feather-light kisses he placed on her cheeks and eyes did not indicate displeasure. Finally, he grasped her wrists and drew back to gaze at her.

Lessons in Love is Kathryn R. Blake's sixth novel with Blushing Books, and fifth spanking romance where Domestic Discipline is primary to the plot.  Although Kathryn is relatively new to the spanking romance market, she is not new to stories where the hero spanks the heroine.  In fact, most of her novels have some sort of spanking in them.  However, even in Kathryn's novels where the hero firmly believes in using spanking as a deterrent, he has no desire to cause the heroine injury and takes no delight in hurting the woman of his heart.  In fact, sometimes he finds it extremely difficult to follow through on his threats or promises.
To date, all of her heroes are dominant, alpha males who are extremely protective of the women they love.  However, part of that protectiveness includes the need for a certain amount of control.  They do not suffer defiance or disobedience lightly. Even so, these men aren't infallible, and they do make mistakes, but love and respect will always triumph in the end.
Kathryn has been a member of RWA since the early 1980s and has joined several local and special interest chapters. Besides writing, Kathryn enjoys traveling, reading, attending the theatre, and is a passionate lover of animals, so much so that in 2015 a stray cat adopted her. The stray now sleeps in Kathryn's bed.  She has also recently taken up the expensive hobby of making and selling jewelry.
Her personal website, www.kathrynrblake.com, is filled with photos and links to information about her many interests as well as peppered with quizzes, contests, games and lots of other fun things to do and she loves to hear from her readers, so she has an e-mail link at the bottom of every page.