Her Leading Man ~ by Adaline Raine

Of course she never expected to wind up as the whipping girl. The main actress balked at the idea of a hand coming anywhere near her perfect round behind, and after some deliberations Gretchen offers up her derriere for showbiz . She never dreamed her bottom would be on display for everyone to see, but the bigger problem is the sudden attention from the male lead actor.

Tristan Callahan knew exactly what he was signing up for when he accepted the contract for a one year term, tentative for a second season at best. The subject matter appealed to him for a variety of reasons, ones he kept to himself. Until Gretchen throws a temper tantrum like a true diva. He takes her in hand, right in her own trailer, proving that he’s been doing very little acting so far.

They embark into a secret D/s relationship. 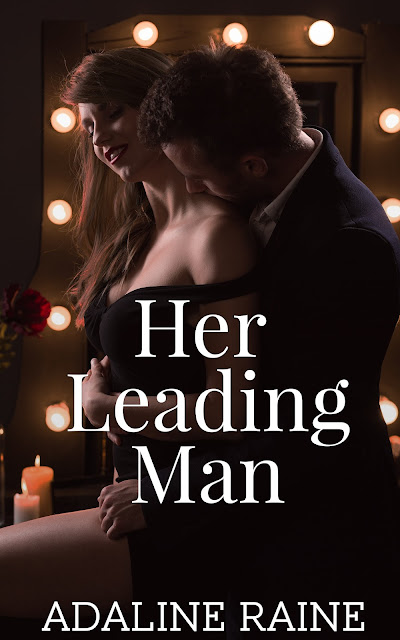 The trailer door opened about ten minutes later,and Tristan came inside. She sucked in a breath, unsure of what to say. He met the distance between them and took her hand.

“I’m not happy with the way you insinuated I would handle Blondie.” Tristan tapped the fingers of his free hand on her hip. “Take these off.”

Gretchen stood and complied, still unsure of what to say.

“Panties too.”
“What?” She glanced in the mirror to see the cute pink pair with the red sparkly heart and letters that spelled out, ‘It ain’t gonna spank itself.’ It had been a present from one of her author friends when her last book came out and she didn’t want to be bare. “No.”

“Give me your panties.”

“Are you going to wear them?”
Tristan hooked his thumbs on either side of her waistband and tugged them off. He knelt down, picked up one foot then the other to free them from her legs, then crumpled them in his hands. He stood slowly without breaking eye contact. “You can have them back when I give them back to you. As for today, you’ve lost the privilege.”

Gretchen swallowed hard. Well, damn. He told her not all of the punishments were about spanking and sure enough losing her sexy skivvies ranked up on the new list. “I’m sorry, Sir.”

“Bend over, and stay still.” Tristan pointed to the table behind her. 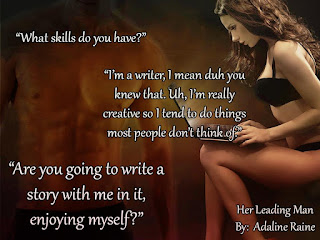 You can also find her on the following social media sites: