“Wake up beautiful,” Damian whispered, kissing a line along her cheek from her ear to the corner of her lip. She groaned, and opened her eyes.

“Is it morning already?” she grumbled.

Damian didn’t answer. Instead, he covered his mouth with hers, catching her tongue between his teeth, exploring her mouth with his tongue, tasting her.

His mouth was hot; his saliva tingled her. It was like a chemical reaction was happening in response to their passion and she was powerless to stop it. She couldn’t have pulled away from his kiss even if she’d wanted to. She wanted him. She ached for him. She felt a stirring in her loins, her breasts swelled and tightened beneath the weight of him on her chest. Fireworks went off inside her as he deepened the kiss, probing further with his tongue, his mouth devouring her eagerly. One of his hands was entwined in her hair at the back of her head, the other had snaked down to her thighs and was fumbling with the button on her jeans. He slipped his fingers inside the waistband, pushing them down just far enough for him to brush her pussy with the tips of his fingers. She arched her back to meet him as his thumb traced circles over her pubic bone, his fingers wandering lower and lower, one finger delving inside her gently, another one finding her swollen nub and rubbing with the barest of touches, teasing her.

She moaned into his mouth. “More.”

He pushed a second finger inside her, moving them rhythmically as she pushed against him, urging him to go deeper. He slid her pants down her thighs, baring her. Leaning down, he blew gently across her clit and she arched her back and screamed in pleasure.
His breath was hot as he blew on her swollen clit, the warm air adding to the heat that was already building up in her pelvis. He lowered his mouth to her pussy, tasting her, teasing her, his tongue pushing deeply inside her, the hot dampness sending wave after wave of pleasure through her. He lapped at her juices, his hands pressing her thighs further apart so he could get his tongue in deeper. His thumb rested on her clit, moving slowly, gently, as he brought her closer and closer to the edge of no return.

She felt light-headed; he took her breath away. She couldn’t even form a coherent thought beyond what incredible things he was doing to her… the aching need in her pelvis was getting deeper and stronger with every movement of his hot tongue.

“Damian!” she whispered desperately, not trusting her voice. “I need you!” She arched her back again, bucking her hips in time with the rhythm of his tongue. “I want to feel you inside me.”

He bit her gently, making her yelp. “I make the rules, beautiful,” he admonished her. He kissed where he’d bitten, his soft lips making everything all better, arousing such passion in her. She entwined her fingers together against his broad back, pulling him into her, but he pushed back, breaking her contact. He gathered her wrists together in one hand and held them securely on the pillow above her head. “Don’t touch,” he growled, before returning to his ministrations.


His tongue flicked and licked all over and around her pussy, inside and out, leaving a hot trail of passion in its wake. He held her pussy lips apart with the fingers of one hand as he devoured his way into the innermost depths of her. When she was right on the edge of orgasm, he stopped, holding her there, not allowing her to go over. Quickly, he shed his pants, his erection springing free. She gasped when he entered her—he was huge! And he filled her completely. She rocked her hips in time with his as he gyrated slowly at first, then going faster, deeper, taking her with him as they soared to new heights of bliss. She called out his name as she came, the most incredible orgasm she’d ever had rocking through her body. He thrust into her deeply, a second time, and a third time, his length almost too much for her. She felt his hot seed spilling inside her as he shuddered and lay limp on top of her, spent.

Want to read more? Check it out on AMAZON 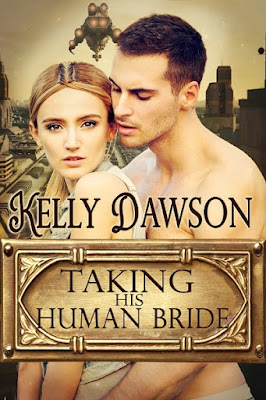 Check out the other #MasturbationMonday participants here