Here's 8 sentences from the medical examination scene to whet your appetite:

“I’m sorry!” Melissa shouted, but it was too late.

Lucas stood between her legs and he raised the strap high. He smacked it down directly onto her pussy and Melissa screamed. He strapped her again, hitting her pussy lips with the wicked lash twice more in quick succession.

She could feel her pussy pulsating, swollen and sore.

Lucas whacked her pussy one more time, this final blow the hardest yet. She tried desperately to close her legs, to protect her intimate parts from further punishment, but the stirrups held her fast.

Sobbing and crying, it felt like her pussy was on fire and she had no way of dousing the flames. 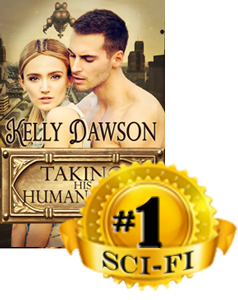 Less than a day after two gruff military officers detain her and escort her to a government facility, Melissa Malone finds herself leaving the planet on a newly-built spacecraft heading for one of the moons of Jupiter. Unknown to most of the world, an asteroid is hurtling toward Earth and, due to her unrivaled computer skills, Melissa is one of a select group of people chosen to rebuild civilization should humanity prove unable to avert the approaching cataclysm.

Don't forget to check out the other #SatSpanks participants below: