An Unexpected Wife ~ by Constance Masters

Blurb: After moving away for college, Sage Worthington settled down to a job in the city and only came back to her parents’ ranch for weekends and holidays. After receiving the call that changed her life forever, she rushed back to the place she always thought of as home and to the two little siblings who she loved dearly. This was where she was needed and this was where she wanted to be.
Clifton Welsh had been Sage’s next door neighbour for as long as she could remember. He was raised by his grandparents who turned their ranch over to him. They have retired to a smaller house on the property built for them on their favourite patch of the family land. Cliff remembered Sage as a pesky teenager who had needed a good spanking. Now she was back and he saw her as a beautiful twenty-four-year-old who still needed a good spanking.
Sage needs a husband and she needs him fast, before she loses custody of her younger brother and sister. Cliff is determined to use any means necessary to stop Sage from doing something rash and dangerous. He is even willing to marry her himself but is Sage ready to commit to an old-fashioned man who spanks?

Disclaimer: This book contains the spanking of adult women and sexual content. 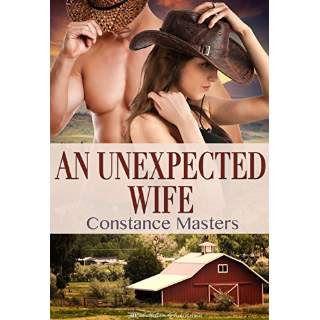 “Music would be nice. What do you have?”
“Well, you have to remember this is mostly my parents’ taste, I do love it though.”
“Put something on that you like,” Cliff said.
Sage flipped through her parents’ selection and finally pulled out a country legends CD. It made her smile. “I remember my dad bought this for my mum, the Christmas I was ten.”
Cliff said nothing but he did top up their glasses.
The music filled the room and Sage’s emotions surged through her, she turned and almost turned the music off. It was too much, too raw.
“Don’t,” Cliff said, standing immediately and pulling her into his arms. “Don’t turn it off. It’s okay, let it go and have a cry. I have wide shoulders.” He swayed a little from side to side and she moved with him in what seemed like an awkward dance.
“I can’t cry.” Sage really wished she could, but the tears just wouldn’t come. She must be a cold and heartless soul. It did feel nice though to be wrapped in Cliff’s warm embrace. “Are we dancing?”
“Dancing’s a strong word but this is about the closest I come. I like to call it movement to music.”
He didn’t laugh but she could feel a rumble that resonated from his chest and down along his flat belly that was pressed firmly against her. Oh it felt so good. “I’ll take it,” she said. She leaned her head against his chest and continued to sway in time to the music. As song after song played, the knot of pain in her belly slowly unravelled.

When the music finished, neither of them moved. She could have said something or suggested changing the music, but Cliff’s arms were still tightly around her and she was glad, she was stuck in the moment. When eventually she tilted her head back to speak, his lips found hers. Their first kiss was soft and gentle with a little pressure; just a sweet connection that left her wanting more. Sage broke the spell by sliding her hands underneath his shirt. His skin was warm and she couldn’t resist sliding her fingers into the space just below the waistband of the back of his jeans.
“Oh, Sage, honey, I’m trying to be a gentleman here,” Cliff said, not doing anything at all to remove her hands.
“Don’t.”
“Don’t what?” His voice was husky and, if anything, his hold on her tightened rather than loosened.
“Don’t be a gentleman. I want you to kiss me, really kiss me.” The passion behind that first real kiss took her breath away, literally. His lips took hers, his tongue danced along the slight part, demanding entrance and, of course, she complied, returning his kiss with equal enthusiasm.

Maybe it was the wine, maybe it had been the music that stirred their feelings. There was a distinct possibility that they were two very horny people who were exploring something that had been hinted at some but never acted upon. Whatever the reason, the effects of those deeper kisses or the one long unending kiss were explosive. They dropped to the sofa, hands clawing to remove shirts and tank tops, all the while their kisses deepened. Sage wanted more skin, she was almost too shy to ask but desperation took over. “Upstairs?”
Cliff bent a little and scooped her into his arms and headed up the stairs. “Which way?” he panted as they reached the top of the stairs.
“Right.” Sage clung to his neck, kissing and tasting anywhere within reach that wasn’t covered. The short time it took to make it to her room seemed like an eternity and, when she was finally standing there in front of him, any shyness that she had once had completely evaporated. She turned for him to undo her bra as she stepped out of her jeans and panties, leaving them in a puddled mess on the floor. When she turned, Cliff was naked, except for his socks and a tangled pair of jeans at his ankles. He grabbed at one side and then the other, hopping up and down while he did an indelicate dance of desperation, trying to free himself from his denim trap. Sage giggled, wanting to help but not quite knowing what she could do.
“Funny is it?” he asked with shortened breath.
“Pretty much.” Sage jumped when his hand shot out and slapped her naked bottom. She was still smiling though. “Ooh, that hurt.”
“Good,” Cliff said. He was finally free and wasted no time in reclaiming his prize.
Sage squealed as she was backed unceremoniously onto the bed. In seconds, he was straddling her and there was no going back, not that she wanted to. It felt like the air was forced from her body as he surged deeply into her, filling her with his hard manhood. His mouth was on hers, his teeth nipping and grazing. Instinctively, her legs wrapped around him, her heels kicking at his muscular buttocks, urging him to go faster, deeper.
“Yes, baby girl,” he said, pulling out and surging deep.
Sage’s fingertips dug into Cliff’s back flesh as cold heat started at her toes and crept up her legs, swirling like mini twisters across her body. “Oh God, Cliff,” she puffed out with shallow little breaths, “just there.”
He raised himself a little, his thumb flicking at her swollen nub. “There, baby?”
“Yes, yes.” Sage tightened her legs around his hard body, her knees massaging the sides of his muscular frame. He kissed her shoulders, her neck, her lips. When their tongues met, she peaked and shattered into a million pieces, relishing in the warmth of his eruption deep within her.
When she finally floated back to earth, her eyes sprang open. What in the hell had she just done? Was her life not complicated enough?

Constance Masters is a wife, mother, grandmother, friend and author.

She writes romantic spanking fiction with the main emphasis on romance.

Constance has always been a sucker for reading romance and that reflects in her writing but she also likes to laugh. Her stories are full of love, laughter and family comedy. It's a lot like her life.