Welcome to my blog for this week's Saturday Spankings!

I'm sharing Daddy Takes the Reins again this week, along with the podcast of a radio interview I did with my local radio station where we talk about erotica and feminist ideology, and the history of spanking in books and movies, as well as Tourette's Syndrome - so have a listen!

Here's 8 sentences to whet your appetite:

She raised her arms as he pulled the dress up and over her head, wrestling with the fabric as he threw the garment to the floor.

He moved to straddle her. “Roll over.”

He pulled her hips towards him as she obeyed his gruff command. He ran his hands from her shoulders down her spine then over her bottom, pressing his fingers into the handprints he’d put there earlier.

He swatted her bottom lightly. “You should be spanked for going out in public in underwear that barely covers what it should!” She could hear the approval in his voice as he growled in a mock-stern tone.

He swatted her lightly again, with his other hand this time, and she moaned into the duvet as the aching need within her grew hotter. 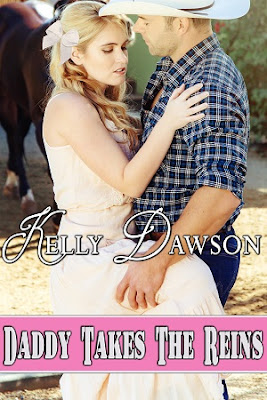 When she lands a job as an apprentice jockey at a racing stable, Bianca is determined not to let her Tourette’s Syndrome interfere with her dream career, and she does her best to conceal her occasional tics from her ridiculously handsome new boss. But Clay Lewis is not an easy man to fool. He soon discovers her secret, and when he casually mentions that she ought to be spanked for her deception it sets Bianca’s heart racing like nothing ever has before.

Her crush on Clay grows stronger by the day, but while she strives to impress him at work Bianca struggles to deal with tragic circumstances in her own life. With her younger sister—and lifelong best friend—incapacitated by terminal cancer and becoming more dependent on her by the day, she finds herself pushing herself to the point of skipping meals and going without sleep.

Clay can see the toll that stress is taking on Bianca, and when she collapses from exhaustion at the stable he knows it is time for him to step in, but not as a boss or as a boyfriend. What she needs is a loving daddy who will both comfort her when she is sad and bare her bottom and spank her like a naughty little girl when she doesn’t take care of herself properly.

Bianca delights in the attention she receives from Clay, and when he takes her in his arms and claims her as his own it brings her more pleasure than she would have ever thought possible, but she cannot help wondering if he will stay by her side even when her tics are at their worst. Can she truly trust Clay enough to surrender her heart to him and let her daddy take the reins?

Here's the podcast of The Literary Liaison radio show - my interview is about half way through:
Podcast

Don't forget to check out the other participants in this week's #SatSpanks!