What could be simpler than a routine plane trip from Toronto, Canada to Caracas, Venezuela for a rookie flight attendant and a sexy R.C.M.P. officer?

What's your genre or do you write in more than one?

Mystery. Mystery stories fascinate me.
I don't think I'd ever want to try Creative Literary Fiction. Definitely not my cup of tea.What fiction do you read for pleasure?

Mysteries – I have all of Agatha Christies, Sir Arthur Conan Doyle and Dorothy L Sayers' works, plus several other authors.Tell me a bit about yourself and what inspired you to become a writer?
I live on the Ontario side of the Ontario/Quebec border. When I'm not writing, I'm a yoga class. I love to garden and cook.
As to what inspired me - I learned to print and was able then to put my stories on paper.
What is your greatest temptation:

In men: Matt Damon – hands down – no question.
In food: chocolate – no wait- cookies – oooh chocolate cookies
In clothes: jeans – I'm a pretty casual person although I love checking out $900 Prada heels.

Do you have a daily writing routine?  If so, please share.
Let's see. I get up. Head to my laptop. Check emails. Then chaos ensues as life kicks in. So no – no writing routine.

What is your favorite book?
I have no idea. I have book shelves full of my favourite book.

What is your favorite movie?
The Bird Cage.

What do you have out now?

Brace for Impact
What could be simpler than a routine plane trip from Toronto, Canada to Caracas, Venezuela for a rookie flight attendant and a sexy R.C.M.P. officer?

But Fate had other intentions.

After leaving a disastrous marriage, Paix Allcot begins a new career as a flight attendant. The romance of travel plus the desperate need to be on any other continent other than the one her ex is on seems like a dream job. For the first time, Paix is no longer a trainee and the passengers in economy class are under her care. Especially the handsome passenger seated in 36C.

Guy Lapierre, undercover officer, is following a vicious human-trafficker. He has little time for relationships. Too many innocent lives are at stake. But when the plane crashes and Guy is stranded on a tropical island, he is forced to work with Paix to survive until he discovers that the man he is tracking is Paix's older brother.

Can a pink bra and a hot night on the side of a volcano save the relationship and their lives?

Review - Daryl Devore's book was fantastic also it was probably one of my favorites of the set. I was crying at the end thinking the worst but it turned out great.

Review- Daryl Devore likes to add unexpected events to her novels. And this one has several which if you google you’ll discover have really happened. So as you read this delightful story thinking it over the top, remember that while some events may seem improbable, life is full of improbable occurrences.
I thought both Guy and Paix were stand-up people. Paix had a moment of not so stand up when she finds her brother, but even there, when she thinks it through, she rights herself in short order. No one is perfect, but these two are really good, which results in great extreme action fun.
2 Warnings: The sex is explicit and the final chapter might scare you at first, but keep reading. 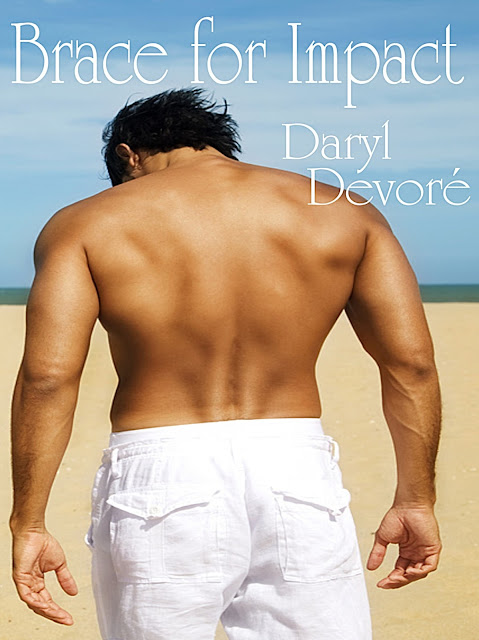 Spicy excerpt:
Paix's moans mixed with the sounds of the rain on the roof and the crashes of thunder.
Reaching up with his right hand, Guy flicked her left nipple. Twirling it between his thumb and forefinger made her grind her hips on him.
She released his mouth, tossing her head back. "I'm close. Harder."
He shifted to try to rub her clit, but their position made it awkward. "Come on, Paix." Her chest heaved against his. Each thrust up made her breasts bounce. Every movement pushed him closer to an edge he didn't want to cross. Her grip tightened on his hair, her legs squeezed against him. He felt the first wave of her orgasm. She inhaled and arched her back. He slowed his thrusts.
"No." She shook her head. "Harder."
"Can't." He puffed trying to keep in control. "No protection."
"Please, Guy. Harder. On edge. Don't care. Please." She squeezed and squirmed against him.
His restraint broke. He drove his hips upward, slamming into her. The cabin walls trembled with each thrust. "Come on, Paix. Let it all go. Now. Ah!"
Pressure built then released with a powerful shockwave, which tore through him. The building groaned and shook. His knees threatened to buckle. Wrapping an arm around her waist, he lifted her then slipped out. Cautiously moving around the unfamiliar and dark cabin, he made his way to the small bed he'd noticed during one of the flashes of lightning. He lowered her onto it then snuggled against her.
She slipped her hand back and cupped his balls. He closed his eyes and shuddered. "I need to rest." She slid a finger back and forth. His gut clenched. "Message received, but I'm beat out."
"Just letting you know that was only the first course." She giggled. "And I know it's a cliché, but I think the earth really did move. I think we had an earthquake."
"You do know we're making love on the side of a volcano." 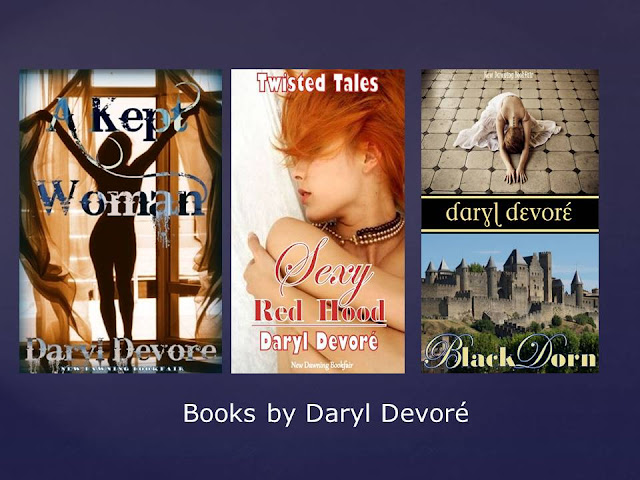