Blurb:
When alpha wolf Lakota Longtree sees a grizzly stalking a young woman in the Alaskan wilderness, he intervenes just in time. But the beast is no ordinary bear. He is a shifter of a different clan, an ancient enemy of Lakota's people, and Bear will not be satisfied until he has tracked down and killed the woman he perceives as a threat. Lakota's only choice is to make her a member of his pack, but that will mean teaching the headstrong girl that an alpha expects to be obeyed.

Biologist Carly Fowler has never put much stock in myths and legends, but after the ruggedly handsome man who so recently saved her life transforms into a wolf before her eyes, she is forced to accept that what he says is true. There is a terrifying creature hunting her and Lakota and his pack can keep her safe, but that will mean submitting to a stern, dominant alpha who will not hesitate to soundly punish her any time he feels it necessary.

Lakota gives Carly no time to ponder her situation, nor does he give her a choice in the matter. She will live with him until he is sure she is no longer in danger, and during that time she will do as she is told or face the consequences. It isn't long before Carly's defiant attitude earns her a painful, embarrassing spanking over Lakota's knee, but despite her fury at being punished in such a fashion she cannot help yearning for him to take her hard and thoroughly.

Over the coming days, Lakota takes on the role of Carly's firm but loving daddy, providing the structure and discipline she requires to adjust to her new life. Soon enough, however, his need for her becomes overwhelming, and he claims her as his mate, mastering her more completely than she would have ever thought possible. But will her presence end up tearing his pack apart? 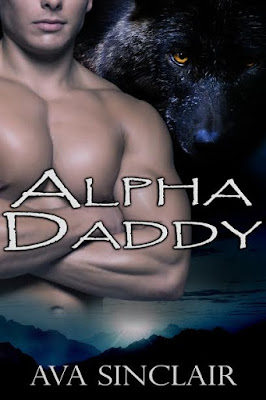 Excerpt:
He raised his arm and brought the switch down hard, and Carly howled as the blow left a burning line of pain in its wake. Lakota kept a hand on the small of her back, holding her easily in place. Carly’s position on the rock had her leaning slightly forward, and as the switch painted welt after welt on her nates, Carly began to kick wildly in an effort to get free. The sight of her plump sex between her legs was almost more than Lakota could stand, and even though she was sobbing for mercy, his heightened senses picked up the heady pheromones which told him that part of her was responding sexually to his correction.
There were nearly a dozen thin welts crisscrossing her bottom now, and he added one more for good measure before tossing the switch away and pulling her to standing. Lakota sat on the rock as he forced her to face him, waiting for Carly’s wails to subside before addressing her.
“That’s why you do as your told,” he said, pointing in the direction the bear had run. “You know better, Carly. So why don’t you tell me why you ran? Do you like putting yourself in danger?” He paused, gently pushing his fingers between her thighs. “Or was part of you hoping I’d stop you?”
“That’s ridiculous!” She spat the words through her tears, angrily wiping away tears with the back with one hand as she rubbed her welted bottom with the other.
“Is it?” he asked. He took hold of her shoulders and locked his gaze onto hers. “I don’t have to touch a woman to tell when she’s sexually excited.”
His words seemed to shock her into momentary silence. “That’s a hell of a thing to say from a man who considers himself a father figure.”
“Well, maybe that’s because we comprehend two different things in the term,” he said. “As leader, I consider myself a father figure to the whole pack. And a pack leader can mate with a female he protects.”
The presence of pheromones in the air was heavier now.
“If you think I want you in that way…” she said, but her voice was quavering, and her skin was flushed, and then her eyes widened as his fingers moved between her legs to reveal what she’d been trying to hide even from herself.
“You’re wet, Carly,” he said. “You want me. Admit it. You want me as much as I want you.” He paused. “I wanted you from the moment I saved you from Bear. I’ll fight any beast that tries to claim you. But I fear I cannot fight the one that longs to claim your body.”
It surprised him to find she kept herself shaved, and now as he slipped first one finger, then two, past the slick folds of her inner flower, her body seemed to draw him in, and she moaned as he probed her tight, hot pussy. Carly was whimpering as her hips followed the motion of his hand, even as she buried her face in his chest and fisted his shirt.
“No. No. No,” she said. “This is wrong.”
“It’s not wrong,” he said. “I am your kind. Even if you do not have the gift, we are drawn to one another. I am made for you, Carly. You are made for me. It was meant for us to get together, my little one. I was meant to guide you, to protect you, both as a father figure and as your lover.”