Special offer!
Trust Me book 1 – To Know You – available for free until May 2.
Snatch it up now! Amazon - To Know You 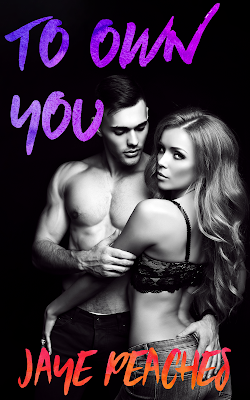 She slipped on the crimson dress—short, tight and with skimpy straps. He’d selected it from the wardrobe. She couldn’t complain since she’d chosen to bring it on vacation. The bust support was adequate for dancing. Black high heels completed the outfit and she arranged her hair in a twirling bun.
“I look so modest; nobody will fancy me,” she said a little too sarcastically. Jason responded to the sarcasm by giving her a hard swipe across her backside.
“Ouch!”
“Best behaviour. Understood?”
“Sor-ry,” she sang back.
“Good.”
Jason cheeks were unusually flushed. “I’m sorely tempted to skip the nightclub and rip your clothes off.” He backed away from her as if she was bait, clenching and unclenching his fists. She understood the effect she was having on him; she pushed his buttons just by strutting around the bedroom. Part of her wanted his self-control to crumble.
Gemma sashayed her hips and nibbled on her lower lip.
“I’m going to make that cunt wet,” he snarled and it only made her grin even more.
“Such sweet talk, Sir,” she said, rocking on her heels. “All I’ve done is get dressed. What will you do when I start dancing?”
Gemma blatantly provoked Jason; he was uncharacteristically impatient and hot for her. The danger was he would satisfy himself and not her. Pushing her towards the bed, Jason spun her around then bent her over the edge. With her skirt moved out of the way, he raised his hand and spanked her bottom, hard. Hip jarring smacks. She’d not anticipated the force and the echoes resounded against the glass walls and mirrors. She cried out and reached forward to claw at the silk sheets, grappling with the fabric and drawing it towards her until she’d bunched it up under her arms. Hugging the sheets, she held the position, trying hard not to kick back. She was so turned on and super excited by the impromptu spanking. He’d lit a fire in her belly.
“You want to come?” he asked, aiming for her sit spots with a rapid string of smacks.
“Fuck, yes!” She attempted to rub her clit against the firm edge of the mattress.
“No way are you to come,” he said. “I want you needy, desperate and wet all fucking evening, understood?”
She groaned and eased off rubbing. It wasn’t worth arguing with him. His tone of voice was unyielding.
“Now on the other hand,” he said, and stopped spanking. “I intend to be comfortable. On your knees and suck me dry.”