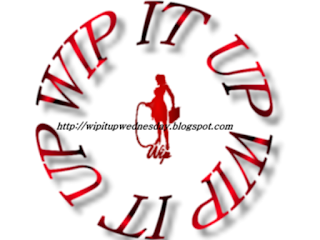 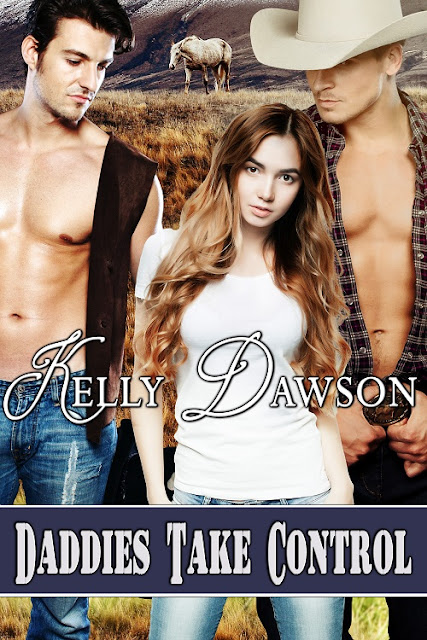 This one is also set on a racing stable in New Zealand, and features two sexy cowboys - the brothers of the hero in my last book - Cody and Luke.
It has mild age-play elements, lots of spankings and plenty of hot sex
and I know you're going to love it!

Here's a snippet to whet your appetite:

“We promised to keep this little bottom red and sore for three days.” He squeezed her bottom. “Just a few swats, to remind you who owns this ass.” Holding her t-shirt out of the way he slapped her bottom quickly, twice on each cheek. “Who owns this ass?”

“You do Sir,” she breathed, the fire in her backside mixing with the lingering heat between her legs, driving her wild with desire.

“Luke does. Both you and Luke own my ass.” Her breathing was heavy now, the air felt thick. What was he doing to her? She’d never wanted anyone as badly as she wanted Cody right now.

“That’s right.” He slapped her again, right in the middle of her bottom across both cheeks, the force of this one almost light after the intensity of the spanking he’d given her the other night in the back of the horse truck. But still, it hurt. She jumped and cried out.

She felt him rest his hand on her bottom and she flinched, waiting for the next hearty slap to fall but instead he stretched his fingers downwards, following the curve of her bottom to the juncture where her thighs met. He cupped the base of her bottom in the palm of his hand and stretched his fingers upwards, brushing her pussy lips then delving inside her. She arched her back, pressing her hips against him, offering herself up to him as his finger moved around inside her most intimate of places, sending bolts of electricity flying through her body. Her spine tingled and her ragged breathing grew even more shallow and quick as he fucked her with his finger. A low moan gathered deep in her throat and she rocked her hips in time with the movement of his finger.

“So wet,” Cody murmured. Withdrawing his finger he wiped her wetness over the crest of her bottom.

She groaned in protest and wiggled her hips.

Cody gave a throaty chuckle. “You like that huh?”

He squeezed her bottom. “One more smack.” This last swat was harder than the previous one and the force of the upwards swing pushed her right up on her toes.

She gasped, biting her lip to prevent herself from crying out.

“Good girl,” Cody murmured, dropping the t-shirt and rubbing her back in big, slow circles. “You took those swats well.” The pleasure in his voice was evident and her heart swelled at the praise. “Daily spankings are a good idea. I like it.” He winked at her rakishly.

“It’s a stupid idea. I don’t like it,” she declared, pouting.

Cody chuckled. “You’re cute when you pout. Seeing that gorgeous lower lip stuck out like that makes me want to smack that cute little tush some more.”

“I still don’t like your stupid idea,” she repeated, stamping her foot.

“You don’t make the rules, do you little girl? You just follow them. And when you don’t follow them, you get your ass smacked.” There was a half-smile on his face and his voice was rough, like sandpaper. Jen’s insides quivered as she listened to him.

Cody’s hand went back under her t-shirt, reaching up the front of it this time, to cup her mound. “This pussy says otherwise.”

Cody laughed, a low, throaty laugh that turned her insides to mush. He slapped her pussy lightly, his fingers landing with a wet splat as he swung upwards with a flick of his wrist.

“This pussy is not lying.” His voice was a husky growl.

Leaning her back over his arm he bent forward over her, lowering his mouth to hers. His chapped lips were rough as he pressed them against hers and his goatee tickled her cheeks but she didn’t pull away. Instead she melted into him, opening her mouth to his probing tongue as he deepened the kiss. Her breasts tightened and her nipples puckered under Cody’s t-shirt as he wrapped his fingers in her hair, sparks flying between them. He kissed her long and hard, passionately, leaving her breathless under his touch.

Daddies Take Control is coming soon!
Please sign up to my newsletter (on the side bar) if you'd
like to be the first to know when it's available 😄

Don't forget to check out the other participants of this week's blog hop:

Email ThisBlogThis!Share to TwitterShare to FacebookShare to Pinterest
Labels: Daddy Takes the Reins